By January 19, according to some statistics, 95% of the people who set goals or initiated personal challenges for the new year have already given up.

I started thinking about this today because I’m currently doing a 6-week, Pilates challenge with a studio here in town and we’re in the final week. While I haven’t failed to hit my numbers almost every day since it started, it also hasn’t gone at all as I’d planned.

And I’ve had lots of opportunity to fail so far. I’ve  been watching myself struggle as unexpected barriers appeared like magic after the first week and the second week, and especially in the fourth week!

And now, in this last week, there’s this weird idea in my mind that I’ve done well enough and I don’t have to finish it. What? Yeah, that’s crazy! How could I come this far and give up right at the finish line?

Other folks have said they discovered all kinds of great reasons to let themselves off the hook when the going got tough. Many people said they hadn’t realized how much work it was going to be, or they didn’t recognize that they would have to sacrifice some of the things on their calendar in order to attend all the classes and get all the steps they committed to.

So why is this so hard all of a sudden?

Inevitably, changing our habits creates real upheaval in our daily grind of 9-to-5 programmed and unconscious behaviors, as well as our unconscious world of beliefs about ourselves and what we “know” we can do or achieve.

Here’s the thing—our brains are designed to find the easiest way to do something and then set that method on autopilot and never revisit it. This means that the end justifies the means as far as the brain is concerned, even if the means requires lots of twinkies and ice cream and root beer and 3-hour sessions with the big-screen TV—all on automatic pilot. Yeah! No, wait, NO! 😀

Knowing how your mind works is the key. If you can harness the brain’s amazing ability to automate complex tasks, and then direct it so it works for you instead of against you, success becomes an unconscious inevitability. And it can happen faster and more efficiently than you ever dreamed possible, once you get the momentum going.

At this point, I’m in the final stages of creating this new walking habit. I didn’t know it when I started, but I would eventually be walking 17,000 steps a day (about 9 miles). While it’s been easier than ever to hit my goals this past week, the unexpected quit-while-you’re-about-to-win challenge here at the end is very unexpected!

But, now that I’m seeing it, now that this weird desire to sit down when I need to sprint is staring back at me, I have the strength and choice to hit the gas and blow through the last of this resistance and speed triumphantly across the finish line.

During this dark, rainy, icy, wintry week—what might possibly end up as one of the most depressing weeks of the year—when I feel more like quitting than ever, I now realize that this is the critical moment when I must push through and not give up. Now is the narrow window where real success happens and I have not come this far to abandon my quest.

And so, I encourage you, too. If you’re entertaining “reasonable” reasons to quit before you finish, I want you to know I’m right behind you, rooting for your wild success as you redouble your efforts now that it counts more than ever. (Yes, I mean quadruple your efforts! Do it! 🙂 )

I never appreciated this phrase more than I do right now: It’s always darkest before the dawn.

Now hit the gas and get across that finish line!

PS – This means I will now be walking in the rain with an umbrella as the ice storm cometh. Fun! 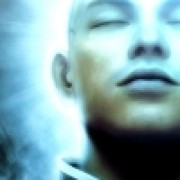 I'm just here to write a bit about what happened when I suddenly realized this whole sentience thing was harder than it might have first appeared. I've been exploring neuroscience, health, fitness, food as medicine and the nature of mind and body for over 30 years now and I look forward to hearing your thoughts on these same subjects as I recon and report.

This site uses Akismet to reduce spam. Learn how your comment data is processed.